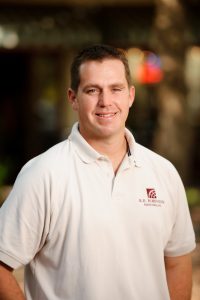 Jay is a fifth generation native of Gainesville and follows the family’s lineage in construction. Jay is also active military and commissioned officer, he has served tours of duty in Afghanistan, Iraq and Djibouti, Operation Enduring Freedom and the Horn of Africa. He started in the U.S. Marine Corps and served as an embassy guard, when his enlistment was over he joined the Army National Guard and attended college. He graduated from Santa Fe College, University of Florida and Liberty University with degrees in Political Science, Military Science, MBA and Building Construction. Together with his wife Sandi, they have three sons; Luke, Jake and Isaac.


Warning: A non-numeric value encountered in /var/www/clients/client36/web39/web/wp-content/plugins/ultimate-social-media-icons/libs/controllers/sfsi_frontpopUp.php on line 63